National Park Durmitor is located in the north of Montenegro in a city called Zabljak. Two inevitable sites of this national park are Black Lake and the highest peak of mountain Durmitor - Bobotov Kuk, with an altitude of 2523 meters.

It is impossible to miss the Black Lake. Just after entering the National Park, the road leads you right to this lake, that literally opens before your eyes, and is overflown by the mountain Durmitor like a giant fortress. Black Lake is not just eye-catching, and an opportunity for a good photo to share with friends, but is also ideal for those of you who love the so-called active vacation. Therefore, you can explore the lake in three ways: by boat, by bicycle or on foot. Around the lake, there is a beautiful walking road without any fell of human effect, rather than trails made by feet of other visitors.

Bobotov Kuk, as the highest peak at 2523 meters, will be left only for those visitors who take hiking a bit more serious. However, for hikers, there are a lot of marked trails accessible to fewer experience hikers or even first-timers. Although there are over 40 mountain peaks with an altitude above 2000 meters above sea level, Durmitor National Park is especially interesting for hikers due to lakes. Within the National Park, there are 18 glacier lakes, known as "mountain eyes". Each of the lakes is a discovery for itself.

Just in case all of the above is not enough for you, the Durmitor National Park includes the Tara River Canyon. If you did not know, it is the highest canyon in Europe, 1600 meters high from the Tara River to the top of the canyon. The only higher canyon is the Grand Canyon in North America. In addition to its magnificent appearance, Rafting on Tara River is a favorite attraction for those who want to experience this canyon and the river on a more “personal level”.

This will be a treat for all of you who like to enjoy nature in a more relaxed way. Skadar Lake is very rich in flora and fauna and is internationally recognized as a natural reserve of birds. Even 281 bird species are inhabitants of the Skadar Lake. You will be able to see some of them flying around the lake, and the really lucky ones will see the Pelican, the symbol of this lake. 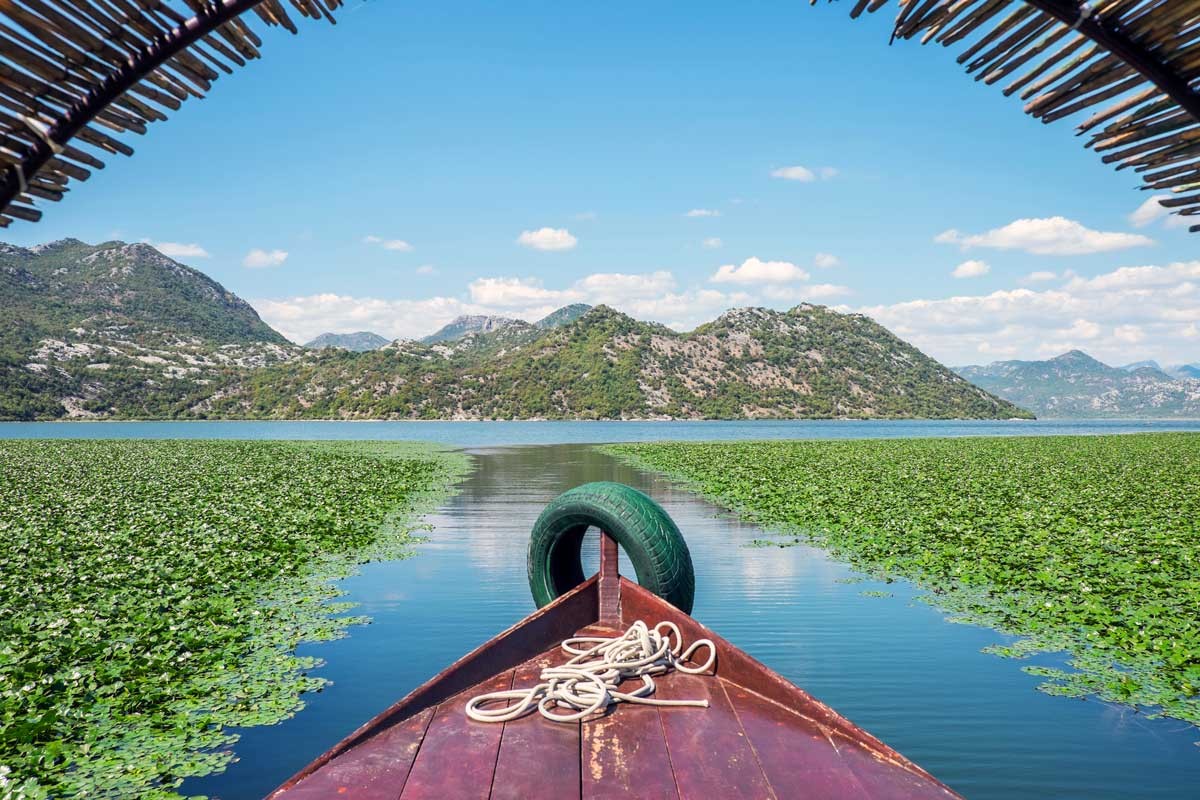 Skadar Lake is located near Podgorica, next to a small place called Virpazar. You can reach the lake by car, train or bus, and for the lake tour, we suggest renting a boat. These boats are located along the shores of the lake, with guides that can drive you around this magnificent water. Even if you are not nature and bird lover, riding on a boat and feeling the breeze during the hot summer days is more than welcome to anyone.

After exploring Skadar Lake, you will not be as tired as you would be while hiking on Durmitor, but there is always room for fresh fish. The restaurant next to Skadar Lake will offer you lake fish with extras and Montenegrin wine, which takes the best grapes exactly from the region around the Skadar Lake.

Whether you are a nature lover or not. The breakthrough of the hot summer days in Petrovac is something that is very pleasing to most guests during the vacation. This site is not just about “refreshing” during the hot Summer days, but mainly about nature, hiking, or if you are not in a physical condition or mood for hiking than just relaxing next to one of the lakes. After about 2 hours 30 minutes drive from Petrovac you will be on Biogradska Gora and in the company of: glacier lakes, around 2000 plant species, 90 species of trees, some of them over 400 years old, and up to 60 meters tall, 200 species of birds, 80 types of butterflies, 350 species of insects etc. 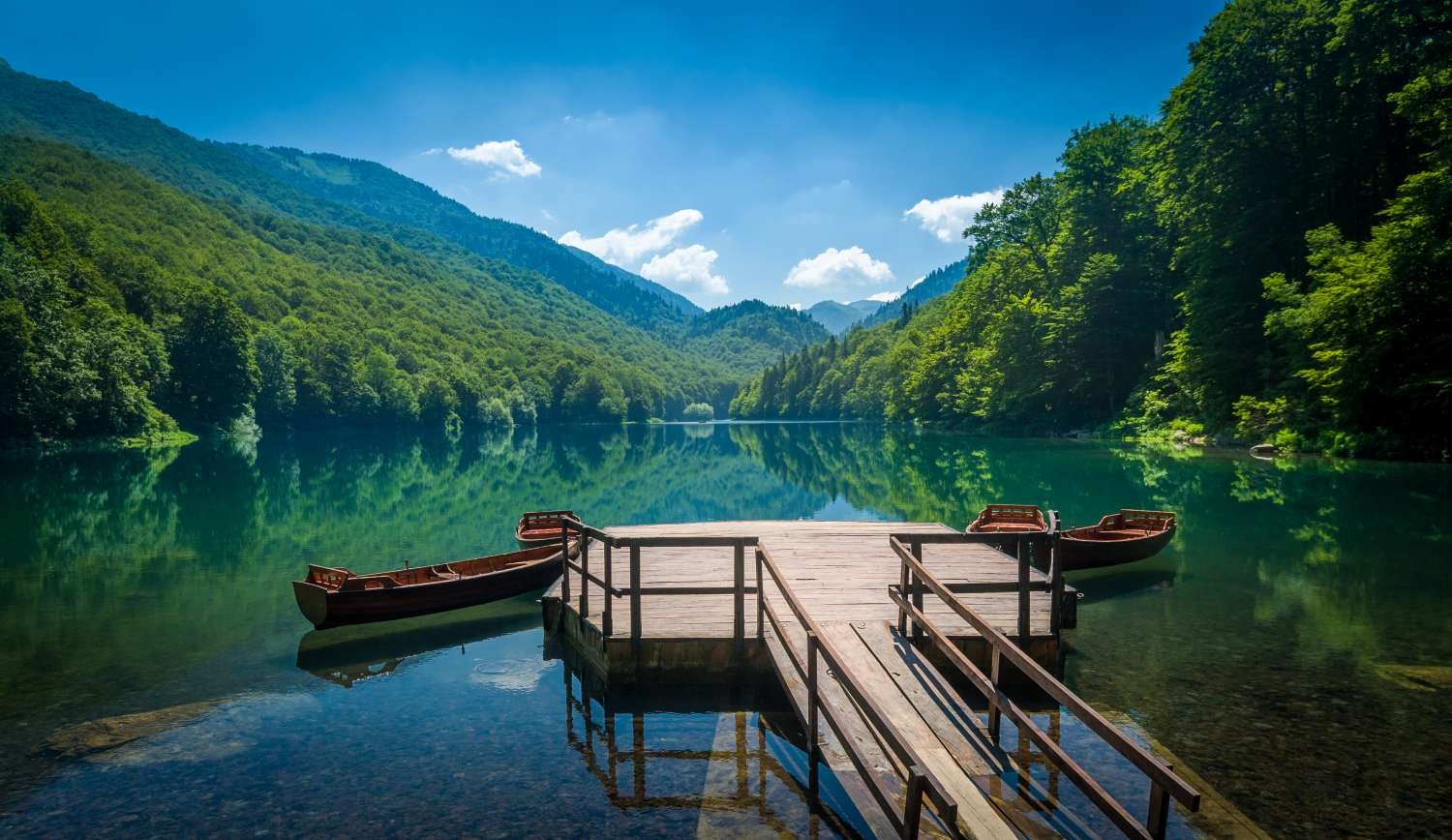 In addition to the very appearance of the Biogradsko Lake, it is fascinating that once on this land was a glacier. In a very long process, the glacier disappeared, leaving Biogradsko Lake in its place.

Every national park has something specific, something unique in the world, perhaps a place in the Guinness book of world records. When it comes to Biogradska gora, the forest is the one that has distinguished it on the map of Europe. Because going to Biogradska gora you will be in one of the 3 remaining rainforests in Europe.

Usually, a story about any national park would be about nature. The animal species, the medical herbs, active vacation, relaxation etc. Without a doubt, national park Lovćen has all of that, but animals and plants are secondary when we talk about an actual experience in this national park. You see, national park Lovcen is located in the city called Cetinje. Therefore the mountain Lovcen is in Cetinje. And on the mountain Lovcen there is a mausoleum, devoted to the great ruler of Montenegro, where he is buried. This is the main story when word “Lovcen” is mentioned.

His name was Petar II Petrovic Njegos. Njegoš was not only a ruler but a versatile and capable man who was also a poet and a bishop at the same time. Successful and praised for all roles he had in Montenegro from 1835 to 1851. The most astonishing thing, when he is concerned, is the difference between the things he achieved as an artist, a poet and the life circumstances he lived in. On one side there were hardly 30 boys (one of them Njegos) who were trying to learn reading and writing skills in the newly founded first elementary school in 1834. On the other side, Njegos created his masterpieces, on which the society with the most progressive material and spiritual culture could only envy. 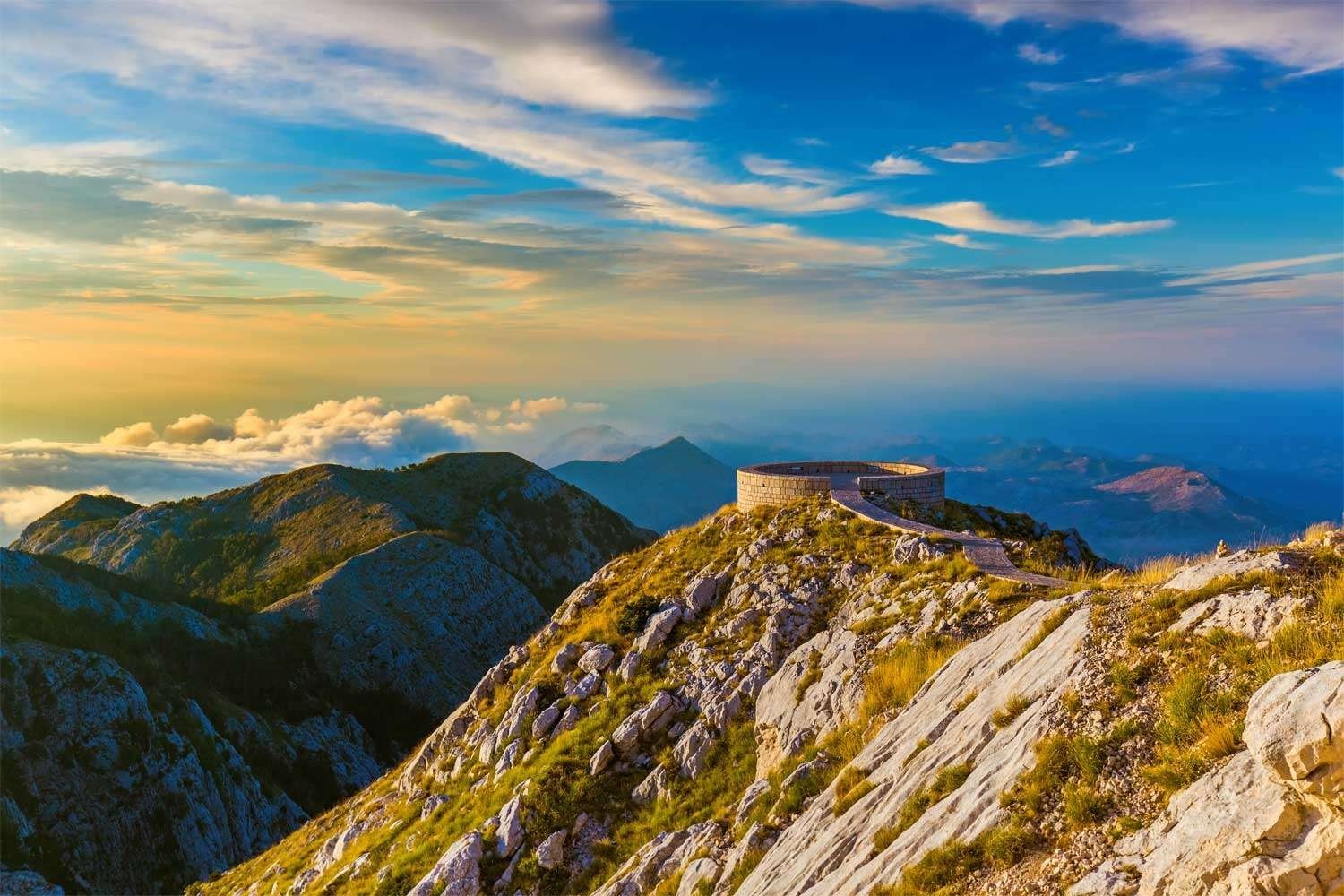 These significant movements in culture, religion, and politics were happening in Cetinje. Therefore, this former capital city becomes the most developed town, the most important town. Not only by the influence of Njegoš, but by the other rulers as well. This is reflected in “The first state printing house in the world” which was established in Cetinje in 1493. Year after in the place called “Obod” in 1494, a monk named Makarije printed the first book in Montenegro called “The Octoich of the First Voice”. Only 33 years later than the first book was printed in Gutenberg's printing shop.

As you can see, Cetinje was a very important city, and therefore very protected by Montenegrin soldiers who proved themselves over and over again. Unlike many bigger and more populated cities in Asia and Europe, Cetinje was never conquered by the Ottoman empire, even after 3 attacks. In 1692, when Turks pushed through the door of monastery in Cetinje, Montenegrin soldiers lighted the gunpowder hidden in the monastery and together with the attackers and monastery, blew themselves up.

National Park Prokletije is the youngest national park in the territory of Montenegro. It was proclaimed the fifth national park in 2009, as an area of exceptional natural beauty that influenced the designation of part of the Prokletije massif as a protected area of national importance.

It covers an area of 16,630 hectares and includes two nature reserves: Volusnica and Lake Hridsko. The protection zone around the park is 6,252 hectares. In the north it is bounded by the Gusinjsko-plav valley, in the south by the high ridges of the mountain and the Albanian border, in the west by the river Grncar, and in the east by Metohija, the border of the park is the mountain Bogicevica. 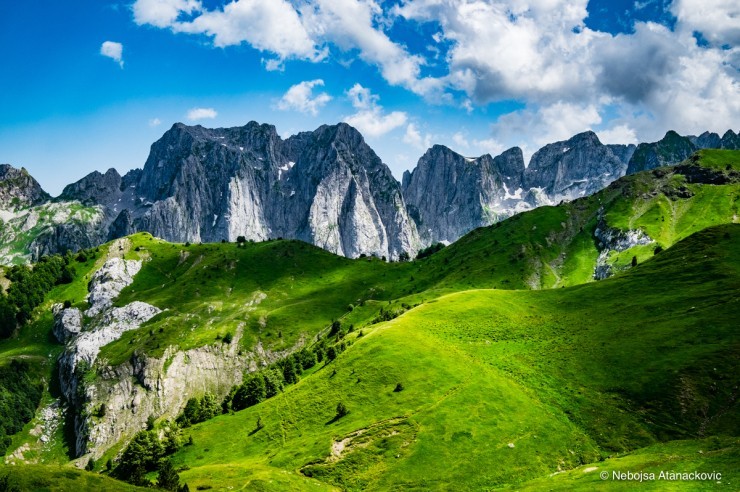 The main features of Prokletije that influenced the designation of the area of national importance are the characteristic limestone relief and natural beauties. The rocks, which formed in the Oligo-Miocene, are of limestone and dolomite composition. The relief abounds with high peaks and karst forms (caves, bays, etc.). The sharp peaks and extremely steep slopes make this area inaccessible. The highest points are Zli Kolac (2,534 m), Dobri Kolac (2528 m) and Rosni vrh (2,524 m). The highest peak of Prokletije is Jezerski vrh (2,692 m), which is also the highest peak of the Dinaric mountains.